The Dandie Dinmont is the only breed of dog named after a character in literature. However, the Dandie Dinmont Terrier was first recorded as a distinct terrier breed in the early 1700s, reportedly descending from the rough native terriers found in the Teviotdale Hills between the borders of England and Scotland. Renowned for their hunting ability, the dogs, (generally called Pepper and Mustard terriers) were held tightly between families of gypsies, including the Allan family who had bred them pure since the mid 1700’s. Willie Allan, (b 1704), a bagpiper and tinker made extra money renting out his dog Peacham to exterminate otters and other vermin. The dogs were so effective that the Duke of Northumberland offered Allan an entire farm in exchange for “Hitchem” .. Willie Allen said “ Na ma Lord, keep yir ferum; what was a piper do wi’ a ferum?”

Scotland’s most famous author, Sir Walter Scott, the author, stumbled upon these dogs during his travels, acquired and subsequently bred his own. On February 24th, 1815, Scott published “Guy Mannering” to great acclaim. In the novel, a farmer named Dandie Dinmont owns six of these dogs and describes their pluck: “ I have them a’regularly entered, first wi’ rottens (rats) then wi’ stoats or weasels, and then wi’ the tods (foxes) and brocks (badgers) and now they fear naething that ever cam’ wi’ a hairy skin on’t.” 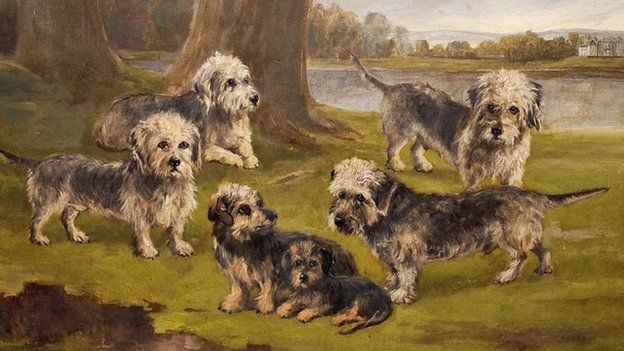 A farmer named James Davidson, like Scott’s character in the novel, had the peculiarity of naming all his dogs after their colour, either Mustard or Pepper. James Davidson’s friends began calling him ‘Dandie Dinmont’ because he bred, or purchased from the gypsies, many Dandies to supply the burgeoning market that Scott had created with his book. A rumour persisted that Scott’s description of Dandie Dinmont was inspired by James Davidson. However, the novelist confirmed that his rugged character was based on a composite of the hardy Liddesdale farmers that he had encountered in his travels. In fact, Davidson did not meet Scott until a year after Guy Mannering was published.

The British Dandie Dinmont Terrier Club, the second oldest breed club in the world, was formed in 1875, and swiftly wrote a breed standard. The American Kennel Club admitted the Dandie Dinmont into its Terrier Group in 1886, two years after it was founded. The Dandie Dinmont Terrier was originally bred to “go to ground” and hunt otter and badger in their underground lairs. The Dandie had to be neither too large and clumsy, nor too small and delicate, to perform this task. It needed strong jaws, a strong neck and a flexible body. It retains these characteristics to this day. Yet the modern Dandie Dinmont, known as the “gentleman of the terrier group”, excels as a household companion whether in the country or the city.

The shape of the Dandie is quite unlike the average terrier. From the rounded dome of his head and his huge expressive eyes to the gentle curve of the body - there are no straight lines. Yet his distinguishing point is his temperament. Mrs. William Kirby wrote: “Besides his quaint appearance, his wisdom and his pluck, his courage and his watchfulness, what endears him most to all who know him is his responsiveness. If you are tired of the indifference of certain breeds you will be charmed with the warmth of the Dandie’s nature and his constant awareness of you. Only his loyalty to you will exceed your loyalty to him.” 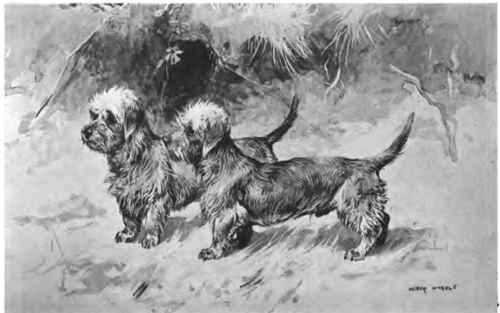 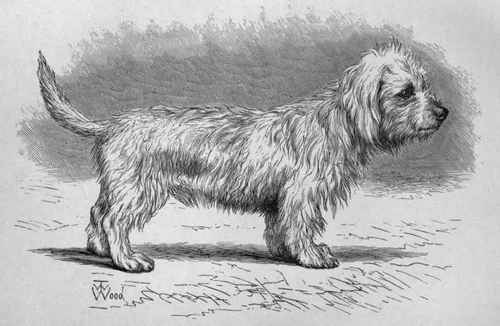 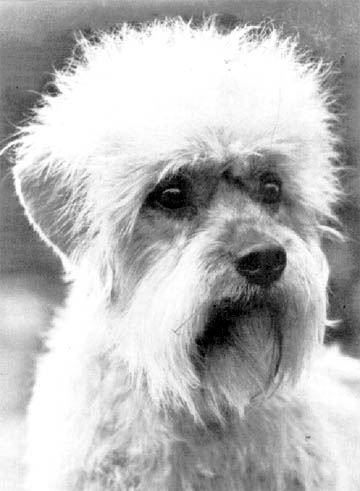